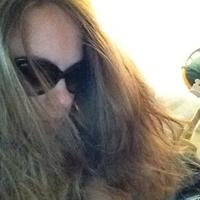 With one paper uploaded on Academia.edu, Sarah Kendzior helped Uzbek refugees find a safe haven abroad. With another upload she brought the world of contemporary Uzbek literature into the lives of Midwestern teens. A firm believer that in-depth scholarly research is of value to every kind of person, not just the academic, Sarah Kendzior is committed to publishing her works online free-of-charge so that they might make a real impact on current affairs.

“There’s this idea that people outside of academia, or with less education, are less interested in academic topics or ideas, and I don’t think that’s true,” says Kendzior.

Kendzior’s story proves her point. Made possible by posting her work on Academia.edu, even her often overlooked line of work on Uzbekistan and central Asia has sparked unexpected attention as well as helped save the lives of the politically oppressed.

“This kind of scholarly in-depth research is really valuable to people.”

Whenever there is a crisis, explains Kendzior, people flood the internet in search of answers. But for many, they are stopped dead in their tracks, denied access to research databases or confronted with hefty fees. Some subscription-based journals charge up to $50 per article, according to Kendzior.

“If I were me 10 years ago— just starting out and trying to get information about this part of the world that I’m interested in— I would be stuck, finding these articles and not being able to access them. Think about all the kinds of people, ordinary people with an interest, trying to learn about the world and what kind of contributions they might be able to make if their interest was allowed to develop.”

Bypassing the limits of paywalls, Kendzior sees great potential in Academia.edu. “I think Academia.edu is very useful for people outside of academia seeking basic knowledge. It’s also encouraged academics to post their work online and make it more accessible to the public.”

One such case happened in 2010 when the UN High Commission on Refugees used one of Kendzior’s papers to win Uzbek refugees asylum in Australia. By posting her paper online, Kendzior unlocked proof that an alleged Uzbek terrorist group had been fabricated by the government, thus giving attorneys and the UN High Commission on Refugees the evidence they needed to grant these unwarranted “terrorists” asylum abroad. Easy access to Kendzior’s work saved lives— the Uzbek government had been threatening “members” of this fabricated group, as witnessed by the 2005 massacre in Andijon.

Open access to her articles also frequently lands Kendzior on the bench as an expert witness in asylum cases. Browsing through her research on Academia.edu, lawyers easily assess her expertise and contact her for her help.

To Kendzior’s surprise, her work has also made a mark on English students in several high schools across the Midwest. Finding Kendzior’s article on Uzbek political poetry on Academia.edu, one teacher in particular has incorporated Kendzior’s work into her general poetry unit.

“I really like this idea that there are young people viewing Uzbekistan not as some foreign, obscure weird place, but as part of the contemporary world, as a culture that has a contribution to literature,” says Kendzior.

By posting her papers on Academia.edu, Kendzior has afforded those stuck in the “grey zone”— such as attorneys, NGOs, policy groups, educators, and journalists who lack access to subscription-based journals and databases— with contemporary scholarship needed to do their jobs.

Kendzior strongly believes that academics and their research can hugely impact the world, but the path to doing so is blocked by both paywalls and a “careerist” mindset focused on publishing infrequently in prestigious (and expensive) journals.

“We need to start thinking, why are we doing this? Why are we bothering with this research? Is it to advance our own careers or is it to possibly influence the world and change it for the better? I think if we look at it that way, then it becomes clear that works should be open because if nobody can read them, then we don’t have a chance to make any kind of impact.”

To Kendzior, publishing is about “sharing knowledge and sharing research with the world,” which is why she always makes her papers free to everyone on Academia.edu.

Academic Bio:
Sarah Kendzior is an anthropologist and communications scholar who specializes in Uzbek language and political online media. She also collaborates with Katy Pearce, University of Washington, to study how Azerbaijanis use the internet for political change. In addition to producing academic works, Kendzior writes regularly for Al Jazeera as well as other media outlets.

Kendzior completed a PhD in Anthropology from Washington University in Saint Louis and an MA in Central Eurasian Studies from Indiana University.

Sarah’s work can be viewed here.