Fall of 84,000 from previous year has been caused mainly by decline in overseas students coming to Britain 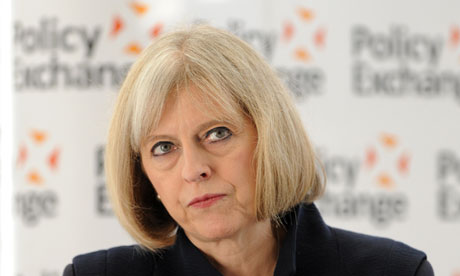 The drop represents progress for the home secretary, Theresa May, towards her pledge of cutting net migration to below 100,000. Photograph: Getty Images

Net migration to Britain dropped to 163,000 in the 12 months to June 2012, largely driven by a sharp fall in overseas students, according to the latest quarterly figures from the Office for National Statistics.

The politically sensitive net migration figure of 163,000 is 20,000 below the previous quarter and 84,000 below the 247,000 recorded in the 12 months to June 2011. It represents significant progress for the home secretary, Theresa May, towards meeting her pledge of getting annual net migration below 100,000 by the time of the next election.

Separate Home Office figures for visas issued in 2012 show that the trend continued throughout last year to December. Sponsored student visas issued last year fell by 20%, family reunion visas were down 10% and work visas fell by 3%.

The visa figures also show that the biggest falls in the number of study visas issued in 2012 were in those issued to Indian nationals, which were down 50%, and Pakistanis, down 69%. During his visit to India last week, David Cameron tried to limit the damage from the squeeze on overseas students, but Indian student visa numbers have now fallen from 42,000 in 2010 to 17273 last year.

Study visas for Chinese students, who remain the largest single group of overseas students coming to Britain, continued to increase in 2012, with a rise of 4,856 or 9% to 57,344, but this did little to offset the 52,066 fall in total study visas.

Another contribution to the overall fall in net migration came from a 10% fall in visas issued for family reasons, including for spouses and dependents, with the largest drops in those coming from the US and Afghanistan.

In contrast to the squeeze in student numbers and on family visas, the level of migration to Britain to work fell from 194,000 to 173,000 over the same period. Migration from Poland and other eastern European countries fell to 62,000 – the lowest level since they joined the EU in 2004.

The latest asylum figures show that new applications for refugee status rose by 10% to 21,785, with the largest increases coming from people from Pakistan and Syria.

Home Office figures also show that 61 children were detained for immigration purposes in the last three months of 2012 despite the coalition pledge to abolish child detention. Most went through the new “family returns process” at the Cedars centre near Gatwick airport.

There were 2,685 people held in immigration detention centres at the end of December, 11% higher than the previous year. Most were being held for less than 30 days, but they included 255 who had been held for between one and two years and 67 who had been there longer than two years. Despite greater enforcement action, removals and departures continue to decline.

Sarah Mulley of the Institute for Public Policy Research said the fall in the number of international students which was driving the fall in net migration towards the official target would only have a short-term effect.

“Most students stay in the UK only for a short time, so reduced immigration now will mean reduced emigration in the future, which by 2015 could partially reverse the falls we are seeing today.

“This also means that more drastic cuts to student numbers would be needed to make further progress towards the government’s target. For example, the latest research suggests that only 18% of student migrants are still in the UK after five years. That means that the 52,000 fall in student visas that we saw last year will only reduce net migration by just over 9,000 in the medium term.

“Given that the government still need to reduce net migration by 63,000 in order to meet their target, it is clear that this cannot be achieved in the medium term without radical changes that go far beyond the student visa regime.”

But the immigration minister, Mark Harper, said Thursday’s figures were evidence that immigration was coming back under control.

“Our tough reforms are having an impact in all the right places – we have tightened the routes where abuse was rife and overall numbers are down as a result. But sponsored student visa applications for our world-class university sector are up and the numbers of skilled people being sponsored by UK employers in sectors such as IT and science have also increased,” he said.

“We will continue to work hard to bring net migration down from the hundreds of thousands to the tens of thousands by the end of this parliament and to create a selective immigration system that works in our national interest.”